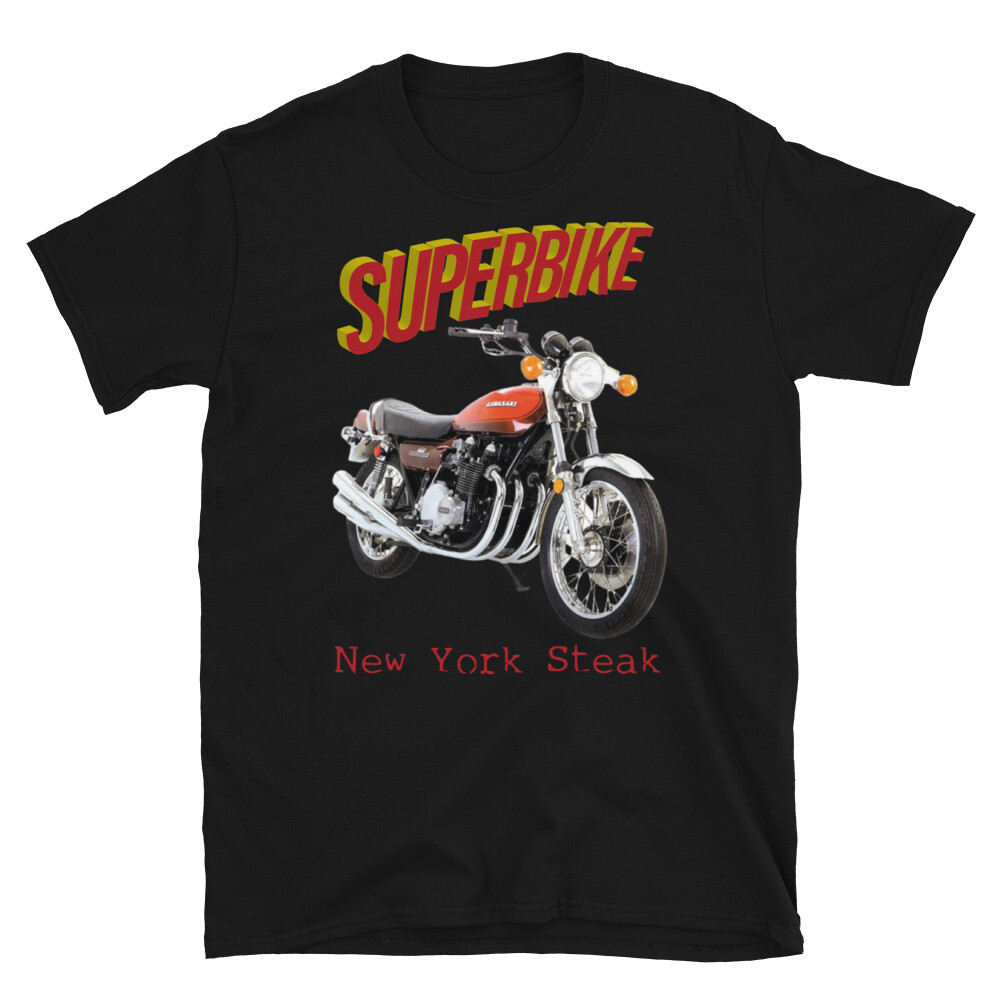 This retro styled T-shirt pays homage to the original 1972 Kawasaki Z1. Capable of 130mph it was the first production motorcycle faster than the Vincent Black Shadow which had been out of production since 1956.

The Z1 had been due to be released in 1968 but was beaten to the market by the Honda CB750. With their thunder stolen, Kawasaki immediately halted work on their own in line 4 cylinder 750cc superbike and went back to the drawing board determined to increase capacity.

Kawasaki President at the time Yoji Hamawaki was asked at the Z1 40th Anniversary why the code name for the Z1 had been 'New York Steak'?

“We knew that in America the best meal on the menu was the New York steak. In our minds, the Z1 was going to be the best motorcycle we could make, the top of the menu.”

The Z1 would remain the fastest motorcycle in production until 1975 when the Ducati SS900 was released.

• Quarter-turned to avoid crease down the center

Save this product for later
Display prices in: GBP