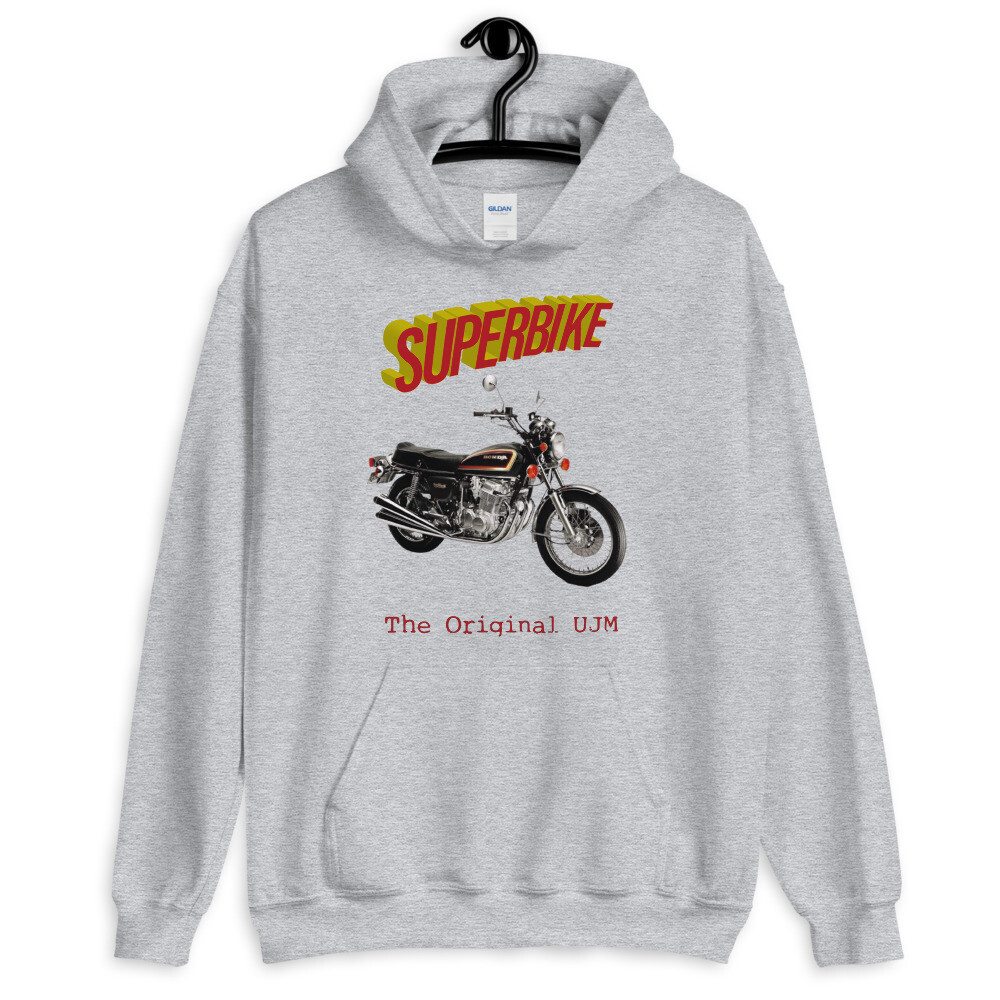 Considered by some as the worlds first true Superbike. It was the first motorcycle to be called a Superbike after one of the motorcycling press used the term after first seeing it at the Tokyo motorcycle show in October 1968.

What's not open for debate is that it was the first of the UJM's - Universal Japanese Motorcycle. It would be followed by many more Japanese bikes including the Z1.

• Air-jet spun yarn with a soft feel and reduced pilling

Save this product for later
Display prices in: GBP